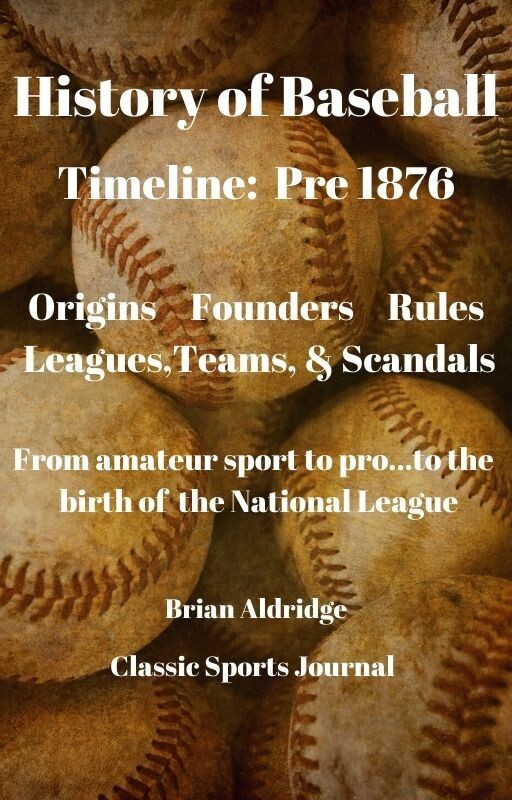 This game actually pre-dates Civil War (1862: Confederate troops oversaw Union POWs play baseball). Back in the 1820s, what we call baseball today was first known as Rounders, Town Ball, Round Ball, and Base Ball before the two words were combined as one. Researchers and historians have noted that in some form, the sport was played in the late 1700s.

Rounders: was first played by English schoolchildren and included a batter (the striker), a pitcher, 4 bases, and an infield in the shape of diamond. When known as Town Ball or Round Ball, the rules varied, as did the number of players each team could field. Teams playing Town Ball, for instance, could put 20-50 in the field.

Starting in the northeast US, non-athletes such as dairy workers, clerks, lawyers, and plumbers played their games on wheat fields and in town squares. As the sport grew in popularity, city-based teams formed and up to 24 competed with one another. By the mid-1850s, the best known and most successful team was the Eckfords (Brooklyn, NY).

From 1839-1869, baseball abided by a code of ethics, meaning that the game was to be played by amateurs, not paid athletes!

So enjoy the short timeline! It won't cost you a cent!