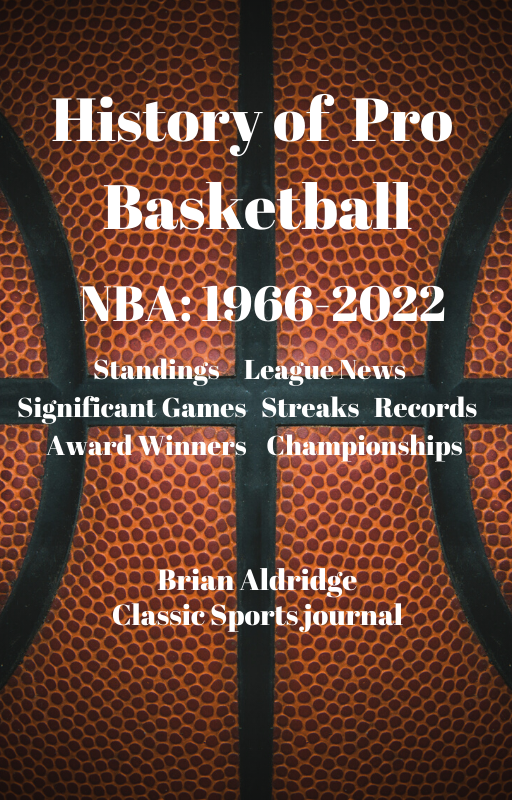 The History of the NBA begins when the 17-year old league sported just 9 teams but was reluctant to add a 10th (Chicago Bulls). The 1965-66 version of the NBA had certainly had the legends (Russell, Chamberlain, West, Robertson, Baylor, and Thurmond) but 6 of those 9 franchises were clustered in the northeast. The stars were many, but the teams were few and the NBA didn’t have parity - the Boston Celtics saw to that, winners of 8 straight championships by 1966 and 2 more by the end of the decade.

What followed? Changes! A new ball, signing underclassmen, continued expansion and merger, and teams other than the Celtics began taking the top spot. Despite an influx of new stars (Jabber, Maravich, Gervin, Bird, and Magic Johnson) the league didn’t become front-page news until the 1980s.

From 1990s on, NBA added longer shorts (aka compression shorts), leggings, man buns, zone defenses, Larry Bird contract, max contracts, a play-in tournament, and in 2021-2022, 119 players representing 40 different countries suited up to play. On that same subject: Cameroon's Joel Embiid became the first international player to win NBA's scoring title. This period includes dynasties (Bulls, Spurs, Lakers, and Warriors), established stars and players on the rise. You know who they are. Now's the time to find out how well they played.