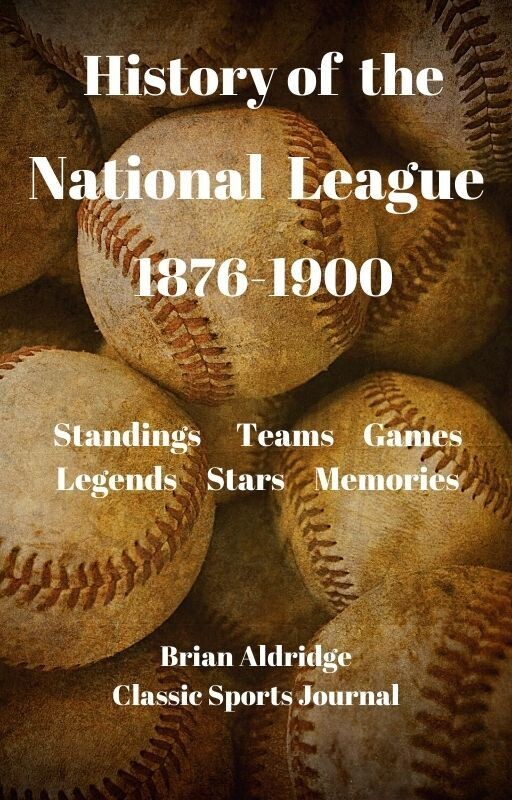 The newly formed NL was strong enough to defeat competition from 3 other leagues, but was also guilty of codifying two ills: creation of the reserve clause which bound a player to 1 team, and barred blacks from play. Ill-tempered players, riotous fans, and corrupt owners made the AL an attractive option in 1901.

Check out the other leagues that challenged the NL. Note: in 1890, three leagues competed for national attention. A year later, only one remained - the NL. Think the Baltimore Orioles were solely an AL club? Think again - they were a solid NL club in the 1890s. Who were the Cleveland Spiders? Also a decent team in the early 1890s before they became a laughingstock in 1899.

So go ahead and find out how many times a single rule changed (i.e. number of strikes for a strikeout) or how the league adjusted to new pitching distances. It's only 99c, so take the dive!