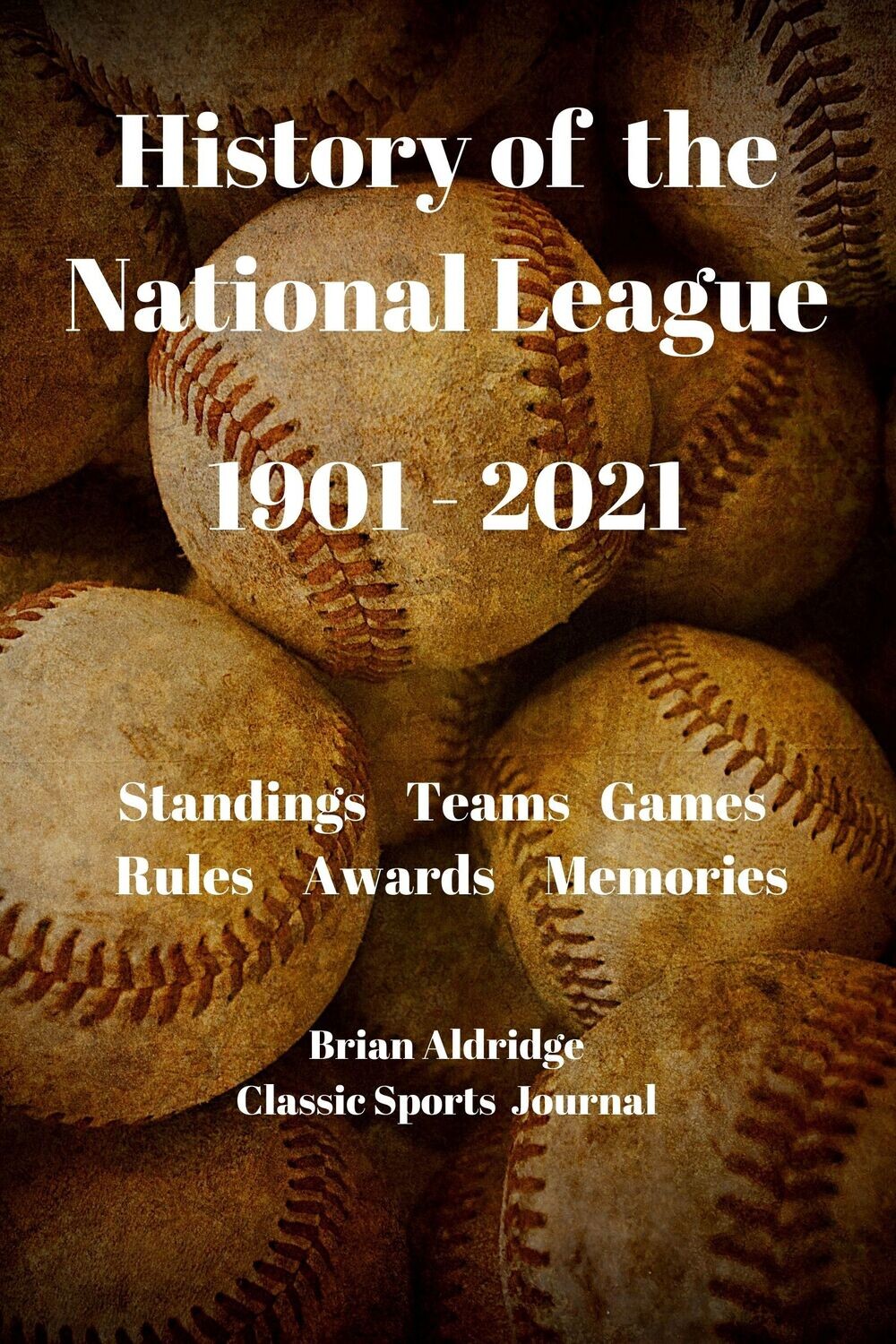 All NL teams – past and present, are here, including the Boston Braves, Montreal Expos, and the Houston Astros. Which NL team changed their name to the Bees; a few years later, another became the Blue Jays; both returned to their former selves a few years later. Follow the dynasties (the St. Louis Cardinals, NY/San Francisco Giants, and the Brooklyn/LA Dodgers), or the many legends like Wagner, Dean, or Musial; Jackie Robinson, Mays, Koufax, Bench, and Seaver. Those who soon followed were Gwynn, Maddux, Bonds, Walker and Larkin. Current stars like Joey Votto, Clayton Kershaw, Kris Bryant, Max Scherzer, Jacob de Grom, Nolan Arenado, and Christian Yelich are also included.

The only book where you will find...