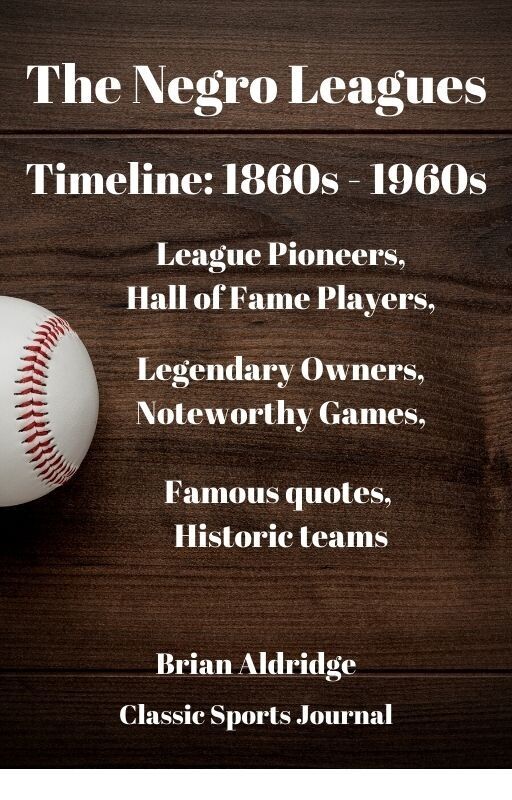 Before baseball became whites-only in 1887, black players of the era included Frank Grant, Moses Walker, Harry Stovey and Sol White. Once barred, such men formed their own teams, leagues, and faced major league players when given the chance. In 2020, the Negro Leagues was finally classified as a Major League.

Who were the stars...the 'Black Babe Ruth'...the 'Black Honus Wagner'...Rube Foster, Cool Papa Bell, Willie Wells, Oscar Charleston, and Satchel Paige? You've heard of the Kansas City Monarchs...but can you name any others? Now you can - and it won't cost you a cent!